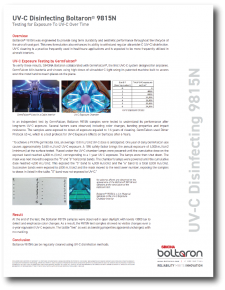 Overview
Boltaron® 9815N was engineered to provide long term durability and aesthetic performance throughout the lifecycle of the aircraft seat part. This new formulation also enhances its ability to withstand regular ultraviolet-C (UV-C) disinfection. UV-C cleaning is a practice frequently used in healthcare applications and is expected to be more frequently utilized in aircraft interiors.

In an independent test by GermFalcon, Boltaron 9815N samples were tested to understand its performance after long-term UV-C exposure. Several factors were observed, including color changes, bending properties and impact resistance. The samples were exposed to doses of exposure equaled to 1-6 years of exposure. GermFalcon used Dimer Protocol 62-4c, which is a test protocol for UV-C Exposure Effects on Surfaces after 6 Years.

“To achieve a 99.99% germicidal rate, an average 10.0 mJ/cm2 UV-C dose is anticipated. One year of daily GermFalcon use causes approximately 3,650 mJ/cm2 UV-C exposure. A 10% safety factor brings the annual exposure of 4,000 mJ/cm2 (minimum) at the surface tested. Placed under the UV-C chamber lamps were powered until the cumulative dose on the exposed band reached 4,000 mJ/cm2, corresponding to a 1 year UV-C exposure. The lamps were then shut down. The mask was next moved to expose the “5” and “6” horizontal bands. The chamber’s lamps were powered until the cumulative dose reached 4,000 mJ/cm2. This exposed the “5” band to 4,000 mJ/cm2 and the “6” band to a total 8,000 mJ/cm2. Successive bands were exposed to 4000 mJ/cm2 and the mask moved to the next lower number, exposing the samples to doses in listed in the table. “0” band was not exposed to UV-C.” 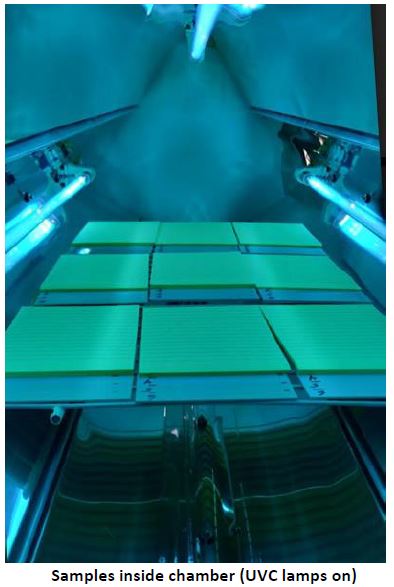 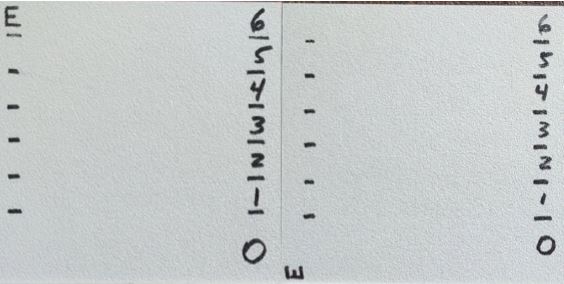 Result
At the end of the test, the Boltaron 9815N samples were observed in open daylight with levels >3000 lux to detect and emphasize color changes. As a result, the 9815N test samples showed no visible changes over a 6-year equivalent UV-C exposure. The tactile “feel” as well as bending properties appeared unchanged, with no cracking.